Who Controls Your Economy? 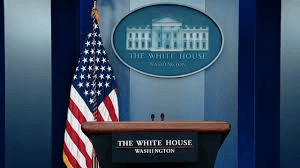 The Presidential primaries have begun and are in full swing. Debates and rants on social media are taking on a new pace and intensity, along with excessive media coverage and political ads bombarding us at every turn. I mention the obvious because there’s something that is often not talked about that is bothering the heck out of me and here it goes:

Regardless of who’s in the Oval Office, only one person controls the economy and brace yourself…

It’s NOT the Presidential Candidates…

It’s not CNN, FOX or NPR…bottom line: it’s you!

In an instant media age where so many people get offended by the littlest things, the blame game we push at politicians is at an all-time high. Add in the fuel of media bias and ‘something for nothing’ being acceptable, it’s a recipe for anxiety and unrest.

Politicians are masters at stirring up fear, doubt and ‘issues’ that are often times more about their agenda and never ending appeals for fundraising dollars, than your own life or agenda. It can be seductive to get pulled into their rhetoric and I caution you to balance between being an informed citizen and not spending hours a day online debating politics and watching or listening to excessive amounts of election news. It’s frankly a lot of hot air and bold speeches with little substance or concrete plans to actually pull off what they claim they will do when elected President.

Sadly, far too many people would rather step back and give up control to someone else versus redirecting their attention and ignoring the campaign season hype. Instead they trade valuable attention, time, and focus by being sucked into political debates and media coverage versus defending their mind and what goes into it by working on their own goals, dreams and initiatives. It’s a convenient alibi to always blame DC, Congress, and lobbyists. However, what takes guts is to step away from the masses of fear mongers and proceed on the path of your own choosing.

My point: it doesn’t matter who’s in office. Your business will still go on regardless of who the President is. Getting wrapped up in the election circus and media coverage is both an incredible distraction, but also a huge drain on your energy and time that you could be used much more productively to positively serve others within your community, your home or those you serve in the marketplace or chosen industry.