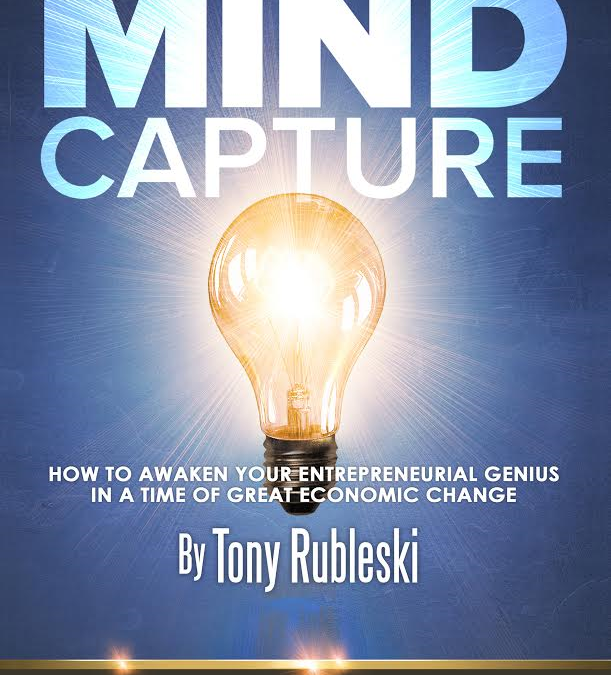 I’m excited to let you know first that we will be reissuing book #3 in the Mind Capture series in late March! Seven years later, it’s time to look back and celebrate. The image above is the NEW cover. The beginning of the book also includes a new Note to the Reader section.

Here’s a little more to the story and why we’re doing it.

I received a text from a friend of mine Dave Kehl whose read all my books. His text was brief, but once again it struck a powerful nerve deep inside of me.

Hi Tony. I have read all of your books. All are good. The third was the best.

I’ve lost track of over the years the number of emails, messages, and conversations I’ve had with others that echo Dave’s text regarding this book. His text arrived at the right time and served as the final prompting for me to dust off the book and take a fresh look at it again several years after its original completion.

This book drips with confidence, attitude, bravado and urgency. When I re-read it recently, it got me fired up all over again! It’s a collection of words, stories, and teachings that I poured my heart and soul into during the late 2009 and early 2010-time frame. In addition, of all four of my books, this is the one that received the least promotion when it originally released.

Timing is everything. This book was almost doomed from the start as it was delayed time and time again, for nearly a year as a major life crisis took precedent and most of my focus. I discuss this and much more in greater detail within the new section of the book.