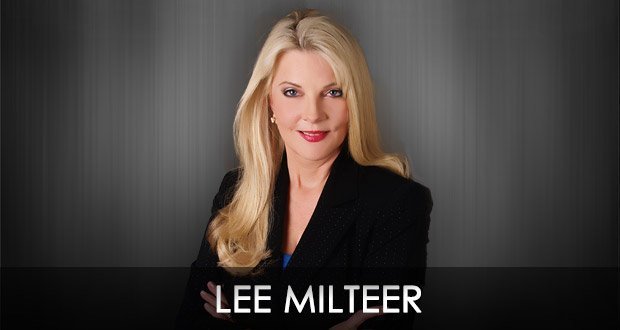 We are beyond excited to welcome Lee Milteer to the 8th Annual Mind Capture Bootcamp this October 10th & 11th at the MotorCity Casino in downtown Detroit, MI! I’ve know Lee for over two decades and to land her as our Day 1 featured speaker is a true honor. She rarely does public speaking events anymore, so this a unique up close and personal opportunity to meet and hear her teach.

Her session, Rockstar Habits and Time Management Strategies High-Level Achievers Use to Get More Done, will both Capture Minds, but certainly leave the crowd floored and wanting an encore. I know for sure I’ll be listening closely and taking lots of notes when she’s in the front of the room.

Registrations are starting to pick up again with the kids back in school and the Summer days getting shorter, and the nights getting cooler. I highly encourage you to consider attending. The event grows year after year, the Faculty continue to raise the bar, and our attendees leave buzzing year-after-year. For more information or to register visit: https://mindcapturegroup.com/boot-camp-2019/

Lee Milteer is an internationally known and celebrated Entrepreneur, Visionary, Best Selling Author, Award-winning Professional Speaker, TV Personality, and Business Strategist. Lee provides business and success advice and resources to nearly 250,000 people around the world. She is the founder of the Millionaire Smarts® Coaching program which supplies done-for-you coaching for other coaches and businesses. Lee also runs Mastermind events and the WEALTH & POWER MASTERY program. Lee is partners with NO B.S. Inner Circle @Advantage to provide coaching for the Peak Performers Implementation coaching program for Entrepreneurs. As president of Lee Milteer, Inc., Career Development Strategists, she has counseled and trained more than a million people in her speeches. Her presentations are so effective that organizations such as Walt Disney, AT&T, XEROX, IBM, Ford Motor Co., NASA, Federal Express, 3M, Sales & Marketing Executive International, plus hundreds of government agencies and scores of conventions, associations meetings, and Niche Market Events repeatedly retain her to inspire and motivate their audiences.

Lee has authored 13 books. Three Amazon Best Sellers: Reclaim the Magic, and The Magic of Prayers, plus Woman who Mean Business. Her other books: Success Is An Inside Job, Spiritual Power Tools for Successful Selling and she has Co-Authored the books: Reach Your Career Dreams, Walking with the Wise for Entrepreneurs, The Secrets of Peak Performers 1 & 2, Ultimate Entrepreneur Success Secrets, and Walking with The Wise Overcoming Obstacles, and she has been featured in the book: Woman Millionaires. Lee’s programs are translated into Japanese, Russian, Dutch, French, Italian, and Spanish plus other languages.

Lee has been an expert guest on more than 700 TV and Radio shows on National and International TV and Radio around the world. Lee has been interviewed in newspapers, magazines and trade journals all over the world, including U.S.A. TODAY, Wall Street Journal, INC magazine, and Glamour plus hundreds more. She has created and hosted educational programs airing on PBS and other cable networks throughout the U.S. and Canada. Her video seminars are distributed through the Mind Extension Universe (MEU) Network, reaching 350 of the top FORTUNE 500 companies and major universities. She has developed training films for Bell Telephone, the U.S. Navy, Dun & Bradstreet, the U.S. Air Force and many private companies, as well as hosting infomercials and TV commercials.

Lee lives in Virginia Beach, Virginia on the Chesapeake Bay and the Atlantic Ocean on the beach with her husband Clifton Williams and her animal companions. Her hobbies are painting, photography, reading, walking on the beach and adventure traveling. Her favorite charities are the SPCA and animal rescue organizations. She owns her own office building where her Publishing Company, Lee Milteer Publishing office is located in Virginia Beach, Virginia.