Book Review: Runnin’ with the Devil by Noel E. Monk with Joe Laydon 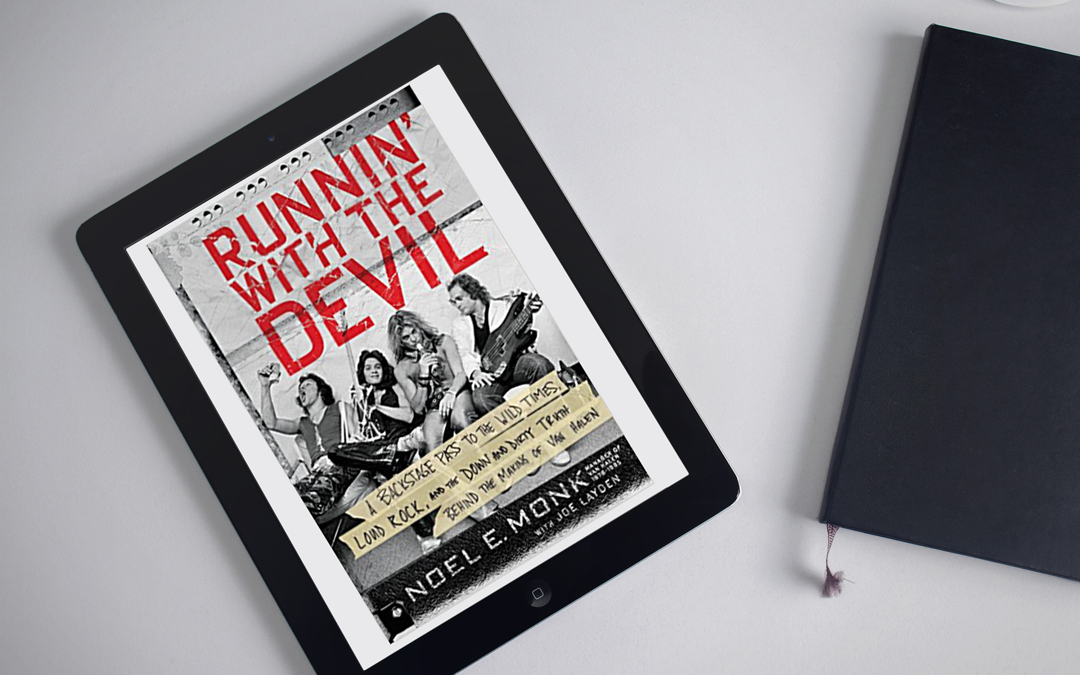 Runnin’ With the Devil by Noel E. Monk with Joe Laydon. Being a huge fan of rock and roll and the band Van Halen, when I came across this book last week at Barnes & Noble it screamed, “Buy and read me now!” I don’t always read business and personal development books as I also have a passion to read biographies and this one was just what the doctor ordered. Tales of road life, the rise to fame, scandal, money and course sex, drugs, and rock-n-roll, it was a fun and entertaining read!

The book written by former manager Noel Monk pulls back the curtain on the roller coaster journey of working with one of rock’s most legendary bands during the late 1970’s and into the mid-1980’s. If you’ve ever wondered what it would be like to be a literal rock star this book gives you a rare and interesting look at from someone who was right there during a unique moment in music history.

What I especially loved about the book is that Monk shares the good, bad, and the ugly of the music business while working with one of the top bands in the world from their early days as an opening act to a few years later selling out arenas and stadiums as one of the hottest bands in the world.

A few other areas discussed in this provocative and entertaining rock-star memoir include:

Here’s a great quote from page 278 after hearing the band’s forthcoming album, 1984, for the first time:

“Better yet, I knew that millions of Van Halen fans (and millions of soon-to-be Van Halen fans) would also be hooked. It was fucking brilliant. It was Edward’s album. That much was apparent. But I gave myself a little managerial pat on the back, as well.

Hey, my bet paid off. Give these guys some time, pull them off the road and let them put all their effort into making great songs, and this is what you get: a fantastic album.”

About the author: Noel Monk helped stage-manage Woodstock, served as Bill Graham’s right-hand man at the legendary Fillmore East, and worked with rock musicians including Jimi Hendrix, Janis Joplin, the Grateful Dead, the Rolling Stones, and the Sex Pistols. He is also the author of 12 Days on the Road: The Sex Pistols and America. He lives in Colorado.