The Anniversary Edition of the Third Mind Capture book has arrived… Order your SIGNED COPY today and pick up two special Thank You Bonuses!

“Seven Years after its Original Release my Personal Favorite Book in the
Mind Capture Series Gets a Makeover and a Second Look!”
-Tony Rubleski 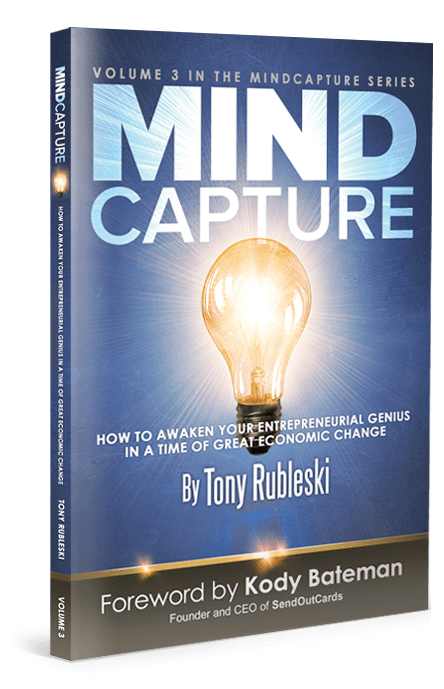 What Others Are Saying About The Book

“Tony has nailed it with this book. In a busy, fast-paced world, a positive attitude and the right skills to match are essential for success…Mind Capture gives you the crucial tools to continue achieving higher and higher levels of success and prosperity – this is a must read!”

“Your most important tool for achieving success is your mind. Tony provides you with powerful insight that will help you push past your limiting beliefs and excuses to develop and maintain your personal success mindset.”

In the Book, Mind Capture: How to Awaken Your Entrepreneurial Genius in a Time of Great Economic Change, You Will Discover:

Why building authenticity for yourself and your organization is critical to success in an age of digital overload, massive choice, and instant gratification

How to defend your mind from negative news, people, and gossip

Seven valuable ways to connect with virtually anyone you meet

In the age of digital, why high-touch follow up still beats high-tech

WHY I WENT BACK IN TIME TO REVISIT THIS BOOK AND GIVE IT A FRESH MAKEOVER?

I received a text from a friend of mine Dave Kehl whose read all my books. His text was brief, but once again it struck a powerful nerve deep inside of me.

“Hi Tony. I have read all of your books. All are good. The third was the best.” 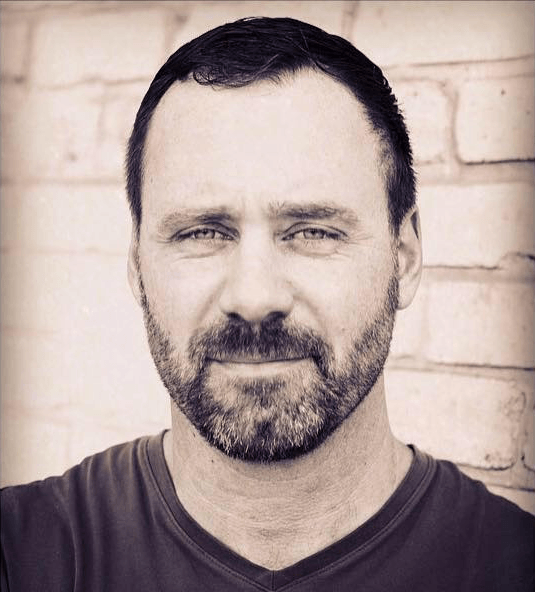 I’ve lost track of over the years of the number of emails, messages, and conversations I’ve had with others that echo Dave’s text regarding this book. His text arrived at the right time and served as the final prompting for me to dust off the book and take a fresh look at it again several years after its original completion. The book you now hold in your hand, tablet, or phone was originally finished 7-years ago, in early 2010. It “officially” released quietly under the cover of dark in early February 2011.

Here’s the real truth about the publishing industry: people buy books all the time. Most people read the first few pages and bail out or set the book back on the shelf. In the publishing industry, this is a known fact. Especially based on this, I never take a reader’s time or attention for granted. It’s also the core of my Mind Capture message the past 12-years. We are overwhelmed with lots of new content and competing interests. To you the reader, I am humbled and honored when you take time out of your busy life to read my words and use them.

I had high expectations for this third book when it was completed. My second Mind Capture book released in August of 2008 and received incredible reviews from peers and hit multiple #1 spots with Amazon.com. To say I had high hopes for book #3 would be a huge understatement.

However, sometimes our biggest hopes and plans don’t always turn out like we’d expect them as I was soon to find out.

Flashback to a beautiful late September day in 2010. Life was about to get super crazy and turn completely upside down. On this fateful day, my wife informed me that our marriage was over. Done. Finished.

Yes, I knew there were trouble signs over the last couple of years, but the stark reality of being handed divorce papers in our kitchen was a stunning blow. Add in three, pre-teenage kids to the mix, and life would never be the same for them as well. It was the lowest point in my life, and ironically the worst time to release a book on motivation.

As the subtitle of this book boldly states, its primary goal is to help the reader think differently about adversity. Another goal was to inspire the reader to take action, regardless of what the current economic conditions were on the field of commerce.

As I discovered and shared in-depth with my first two Mind Capture books, you needed to be good at sales and marketing to have a fighting chance at not just surviving, but also standing out from the multitude of competitors in the arena known as business. However, the book you now hold was fully intended to share what separated the long-lasting businesses versus the graveyard of small businesses that rarely see year five, or the less than 3% that make it beyond year ten.

What I discovered and reveal in this book is that the having the proper mindset should be of the highest importance. Yes, motivation is no laughing matter. Our own mind is often the biggest enemy we face, unless we keep learning, form positive new habits, new associations, and program it daily and deliberately for success.

This book drips with confidence, attitude, bravado and urgency. When I re-read it recently, it got me fired up all over again! It’s a collection of words, stories, and teachings that I poured my heart and soul into during the late 2009 and early 2010-time frame.

The book is also a snap shot into my state of mind and the many opportunities which I knew deep in my soul were still available despite the fear mongering by both the mainstream media and many of the politicians whom turned a blind-eye on the behaviors and greed that led to the Great Recession of 2008.

The Great Recession and the initial aftermath was no laughing matter. Everyone was negatively impacted. The next challenge for all of us would be to see how quickly we could pick ourselves up from the ground mentally, quickly evaluate the situation, and get back to work again without fear and doubt clouding our minds. Yes, we were all a bit bruised and shell shocked from what had happened, but now the real test would be to learn from it and step up our levels of persistence and ingenuity.

Yes, economies change. As we re-release this book in late 2017 the economy is in a much different place than what it was in early 2010. However, my belief is that personal development and the ideas and principles in this book are timeless. It’s not just my own faith, but also the feedback I get from others around the world all these years later that confirms it.

It is my deepest wish and sincere desire that this book serves as a positive kick to your brain. That it pushes you and forces you to think about how you can be of greater service and value to others. In addition, at some point while reading it, it serves as a powerful catalyst for you to step up your game, dismiss the critics, and take focused action on the goals and dreams that you might have let die or slowly drift away.

Click on the BUY NOW button below to order your copy and you’ll also receive:

Tony’s most popular interviews from the archives.

You’ll get to eavesdrop in on my VIP interviews with Trailblazers ranging from Seth Godin, Brian Tracy, to Jay Abraham and Sally Hogshead.

Listen in as Tony and Howard Behar, Former President of Starbucks Coffee discuss several proven ways to effectively manage and lead a hyper growing company. During his tenure, Howard helped grow Starbucks from 28-stores to over 14,000 globally before his retirement in 2007. 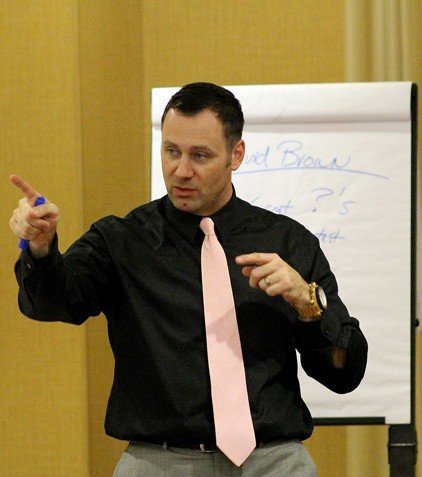