How to Avoid Drifting Through Life 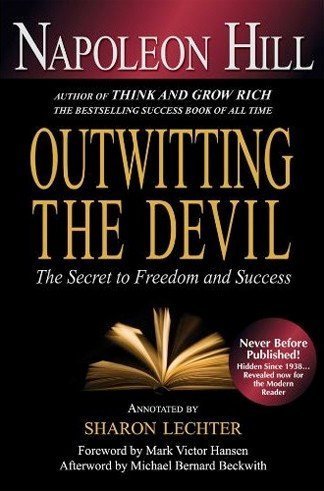 Tony Note: One of my top 10 favorite books ever, is the book Outwitting the Devil, by the late Napoleon Hill. Hill is best known for the classic Think and Grow Rich. This book was released 41-years after Hill passed away as the family felt it was too controversial to release when it was written in 1938.

In the 2011 release of Napoleon Hill’s book, Outwitting the Devil: The Secret to Freedom and Success, he discusses at length the concept of drifting. Here’s Hill’s definition taken from page 223:

In the main pages of the book, Hill acts out a courtroom scene in which he puts the devil on trial and forces him to reveal why so many people never fully achieve their potential and so easily give up on their goals and dreams. The dialogue is not only startling, but also enlightening on many fronts. Hill uses specific questions in his exchange to have the imaginary devil reveal many of the tactics he employs such as fear, doubt, negativity, and propaganda to cleverly confuse and distract people away from their true calling.

In the book, Hill’s  remedy is to suggest that each of us must deliberately and daily set ourselves up to be around positive information, people, ideas and surroundings to combat the negativity swirling around us within the media, government, and within most other ‘well established’ organizations. With that premise in mind, it’s easy to see why Hill’s family had deep reservations to ever release the book and why it was hidden away for 72-years and released 41-years after his death!

Here’s a quick list of the seven principles Hill describes in Outwitting the Devil that people can study and learn from to achieve greater happiness within their own lives.

5.)    Time (giving permanency to positive, rather than negative thought-habits and developing wisdom)

6.)    Harmony (acting with definiteness of purpose to become the dominating influence in your own mental, spiritual, and physical environment)

7.)    Caution (thinking through your plan before you act)

It is my strong recommendation that you go out and get either the book or audio version of this masterpiece. I read it at least 1-2 times per year and am often reminded that Hill was years ahead of his time with his understanding of both human nature and how most of society and the media peddle and buy into fear, shortage, and victim mentality.