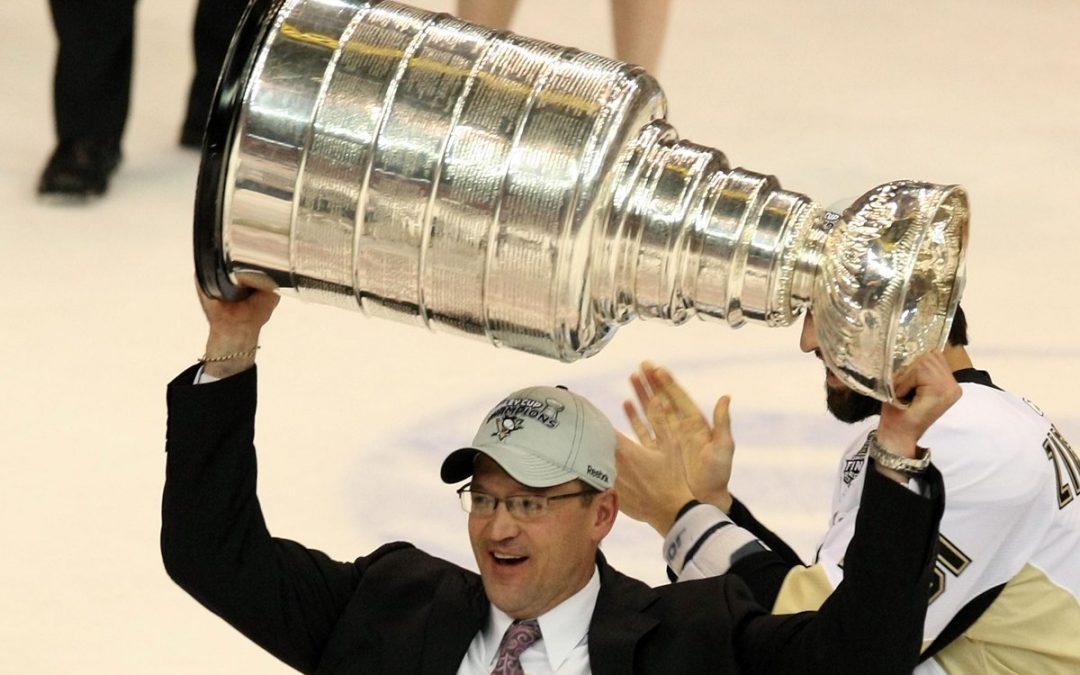 “I think the best thing a leader can do is use specific words, have a specific vision, so when you say things, everybody has the same picture in their brain.” -Dan Bylsma

It’s amazing to get into the mind of a person to discover what really makes them tick, especially when it’s related to how they get others to perform at a very high level. When I was given the chance to interview the head coach of the NHL’s Pittsburgh Penguins, Dan Bylsma, I was excited for a variety of reasons, but the main one being that he’d just come off winning the Stanley Cup, hockey’s most coveted trophy, a couple months earlier. Not only is winning this trophy extremely hard to do, but he also did it in his first year as head coach of the team!

As a huge hockey fan, this interview was not only fun, but I was also fortunate to ask Dan detailed questions regarding the mindset and what strategies he employed with the players to take them from a group that was clearly underperforming, to five months later becoming Stanley Cup champions.

Another huge thing that jumped out during our interview was Dan’s humble nature. I’ve known Dan for many, many years, and not only is he a good coach, but he’s also a very nice guy. For example, when we played on our church softball team in his summers when he was on break from playing NHL hockey, I found him to be a nice guy that you’d never even suspect was playing with the likes of Wayne Gretzky as a teammate in his full-time profession.

The three main things I enjoyed the most about Dan and our interview include:

1. He shared a detailed look at how leaders work with the situation and mold it to their liking to produce a desired result.

2. He shared the simply stunning story about what he told his team before the Game 7 finals of the Stanley Cup championship against the Detroit Red Wings. I was thankful to God that we were taping the interview, especially this part, as what he shared with me was simply incredible.

3. Dan is living proof that if you work hard, focus on your strengths, and have a positive mindset, anything is possible. Sure, you don’t get to the highest level of hockey, the NHL, without talent, but his ability to hustle, train relentlessly, and focus on the end goal were major reasons he made it to “The Show” and played for many years at the highest level.

Two Notable Quotes from Dan During Our Interview:

“I think any road is easier to look back on and say, ‘Oh that’s good, you know, how you played in the NHL for twelve years, and that’s great, I wish I could have done that’; but as we all know, whatever road you’re in, there are ups and downs, and really a large portion of success is how you deal with those situations and the thoughts that go through your head and how motivated you are and how much you can stay focused on things that are important to you.”

Dan Bylsma is a leader and former head coach of the Pittsburgh Penguins. In his first year as head coach of the team in 2009 he led the team to a Stanley Cup championship, winning the Jack Adams Award as the NHL’s “Most Outstanding Coach,” and an Atlantic Division title in just five-plus seasons behind the bench.

He oversaw one of the most dramatic playoff runs in NHL history. The Penguins clinched all four series on the road, twice rallying from 2-0 series deficits (against Washington and Detroit). Pittsburgh beat the defending champion Red Wings four times in the last five games to claim the Cup, including a 2-1 Game 7 victory in Detroit. He served as head coach of the Penguins for six seasons through 2014.

The Grand Haven, Michigan native realized one of his life-long dreams by representing his country at the 2014 Winter Olympics Games in Sochi, Russia as head coach of Team USA.

He served as the head coach of the Buffalo Sabres through 2017 and was a studio analyst with the NHL Network. He recently returned to coaching and was hired as an assistant coach with the Detroit Red Wings.