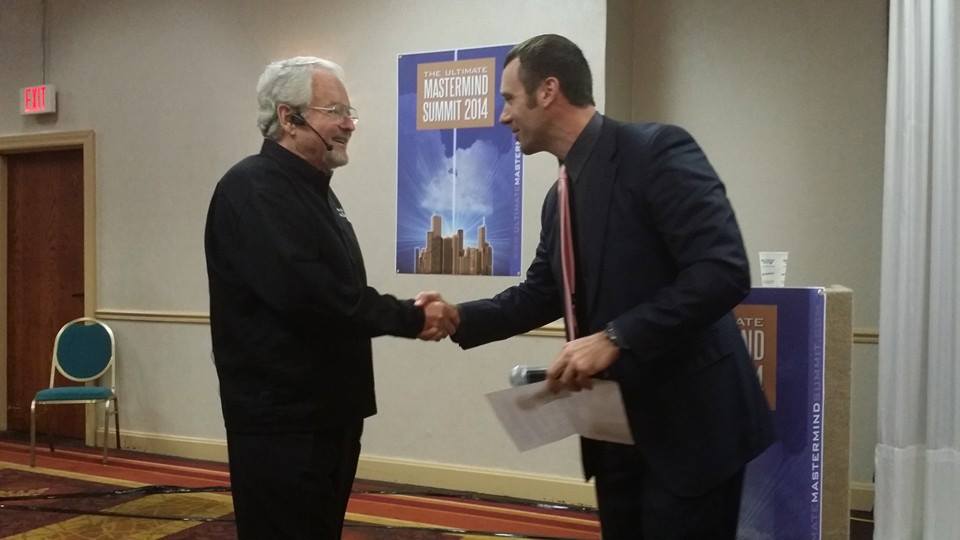 “So, selling is all around you. You can ignore it at your peril or you can get good at it, and if you get good at it your personal relationships improve, from marriage on down, with your children, with your friends, with everybody, because you learn how to phrase things properly, how to make things pleasurable and easy for people to make decisions and so on.” -Ben Gay III

It was amazing to me, after I did research and read Ben Gay’s books, to learn just how many people he’s positively influenced over his forty-plus years in the selling profession. I was unaware of his work until a couple of years ago when a client referred me to him and suggested we connect. I am beyond grateful that he made this introduction.

I’ll keep you in suspense, but I’ll tip you off that when you read about and listen to his amazing career and influence mentioned during the beginning of our interview, you might be shocked like I was. He’s hired some huge names to work with him and was personally mentored for two years by the success legend Napoleon Hill, who authored the all-time classic, Think and Grow Rich, which has sold in the neighborhood of over eighty-million-plus copies.

One, it’s not every day that an author on the topic of sales comes along and frankly, floors me with his wisdom. Here’s the main reason why I am so impressed by Ben’s work: It’s spot-on. His book series I’m referencing is called The Closers. Co Written by Ben Gay III in the 1970s, it’s a gem, and the subsequent follow-up books in The Closers series, which he wrote, are just as impressive. Little did I know until I was reading his bio that the book series has sold over five-million-plus copies.

Secondly, I’ve been in the personal development industry a long time and have studied, read, and attended countless seminars on the topic of sales. While Ben’s books were written many years ago, they are unique and contain a ton of wisdom on how to master the art of sales and effectively influencing others.

The three main things I enjoyed most about my interview with Ben include:

1. When it comes to the power of lifelong learning, Ben is one of the best examples of this principle I’ve ever met. His ability to stay sharp and relevant for so many years isn’t a mystery. His quest for knowledge, learning, and sharing in the area of sales and marketing continues to this day.

2. Ben is friendly, warm, and approachable. With his amazing resume and the people he’s met, frankly I thought he might be a bit cocky or full of himself. Within the first sixty seconds of the interview, I felt like we were lifelong friends. Ben has a magnetic ability to charm and make people feel comfortable. This is an amazing skill and gift to possess.

3. Ben has a passion for the selling profession. He’s trained hundreds of thousands of people around the globe the last forty-plus years via his books and seminars on the importance of solid, professional sales training. He’s one of the true pioneers and good guys within the industry.

Two Notable Quotes from Ben During Our Interview:

“But, you know, as it says when the teacher, or when the student, is ready, the teacher will appear. Well, if you speak in front of enough groups, there are enough people in those groups who are ready. So, it doesn’t take much to ignite them. And occasionally I’ve been lucky enough to throw the right match into the pile, and off they went.”

Ben Gay III has been called a living legend in the sales world. After 40+ years in professional selling, he has been the #1 salesperson in every organization in which he has worked. At age 27 he was president of what was then the world’s largest direct sales/network marketing company, Holiday Magic.

He was personally trained by fellow sales legends J. Douglas Edwards, Dr. Napoleon Hill, Earl Nightingale, William Penn Patrick, Zig Ziglar and many other sales giants. Now one of the most famous, popular and powerful sales trainers in the world, Ben now writes/publishes/produces “The Closers” series of books, a series that is considered to be “The Foundation of Professional Selling” which has sold over 5 million copies.

Ben was the founder and is the current Executive Director of The National Association of Professional Salespeople! Ben and his lovely wife Gigi live near Lake Tahoe in the little Northern California town of Placerville, California.