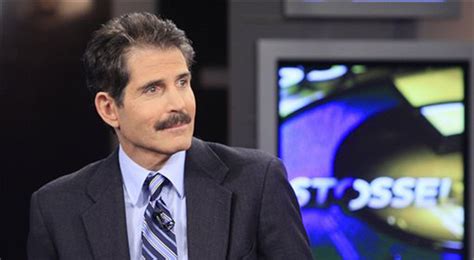 “After four decades of reporting, I’ve finally figured out that to think that government can solve problems and reality has taught me that government makes problems worse and I wanted to share what I learned.” -John Stossel

I’ve been a fan of John Stossel’s work for twenty-plus years and here’s why: He cuts to the chase, through the BS, and asks the tough questions that a good journalist is trained and supposed to ask. For example, when opinion polls show a record low vote of confidence in our elected officials in Washington, he continues to challenge government in a way  that every American should be thankful for and appreciate. Instead of tuning government out, he turns up the heat to ask why we should put up with and tolerate such dissatisfaction.

Growing up watching Stossel sitting next to Barbara Walters and the late Hugh Downs on ABC’s classic show 20/20 every Friday night, I found his unique consumer-related stories and personality to be entertaining and thought provoking. When I came across his book No, They Can’t: Why Government Fails-But Individuals Succeed, I made a note to not only pick up a copy, but also to reach out to his team about a possible interview. With an audience of ten million viewers per week on his FOX-TV show, I knew the challenge would be not so much getting an interview (Yes, I think BIG!), but more likely finding the right PR people to reach out and get my media request in front of and reviewed for consideration.

Instead of feeling defeated by the thought of finding, yet alone, getting his PR people on the phone, I quickly thought, I wonder if he’s doing a media tour or any book signings. This little hunch then prompted me to do a quick Google search and then find a listing for a book event in Florida at a Barnes & Noble store that he’d soon be appearing at. Next, I called the store, got the manager on the line after being on hold a few minutes, told them my request, and was then given a name in New York City at corporate. I immediately called that person and left a descriptive message and my cell number. The next day, a call came in from Barnes & Noble in New York with a name and number to call at John’s publisher. I called, left a voicemail message, and the next day I got a call back. I quickly explained my request, and no joke, two days later I got an email confirming a greenlight for the interview. I mention all this because it once again demonstrates that persistence, asking questions, and doing your homework often pay off.

The three main things I enjoyed the most about John and our interview include:

1. He’s very much into personal responsibility and freedom, which is a tough sell in today’s mainstream media structure that packages and sells entitlements up and down the dial.

2. He makes you really think about how much regulation is taking place in our lives and the many unintended consequences it brings when it’s left unchecked.

3. He displays a willingness to question and report on the many abuses and rabid waste taking place within the federal government at a time when the U.S. can ill afford to take on more debt.

Two Notable Quotes from John During Our Interview:

“After four decades of reporting, I’ve finally figured out that to think that government can solve problems and reality has taught me that government makes problems worse and I wanted to share what I learned.”

“But everything has improved in America in the last thirty years— cars, phones. But schools are the same. Why? Because there’s no competition. Because you’re assigned to your school based on where you live.”

Stossel’s economic programs have been adapted into teaching kits by a non-profit organization, “Stossel in the Classroom.” High school teachers in American public schools now use the videos to help educate their students on economics and economic freedom. They are seen by more than 12 million students every year. Stossel has received 19 Emmy Awards and has been honored five times for excellence in consumer reporting by the National Press Club.