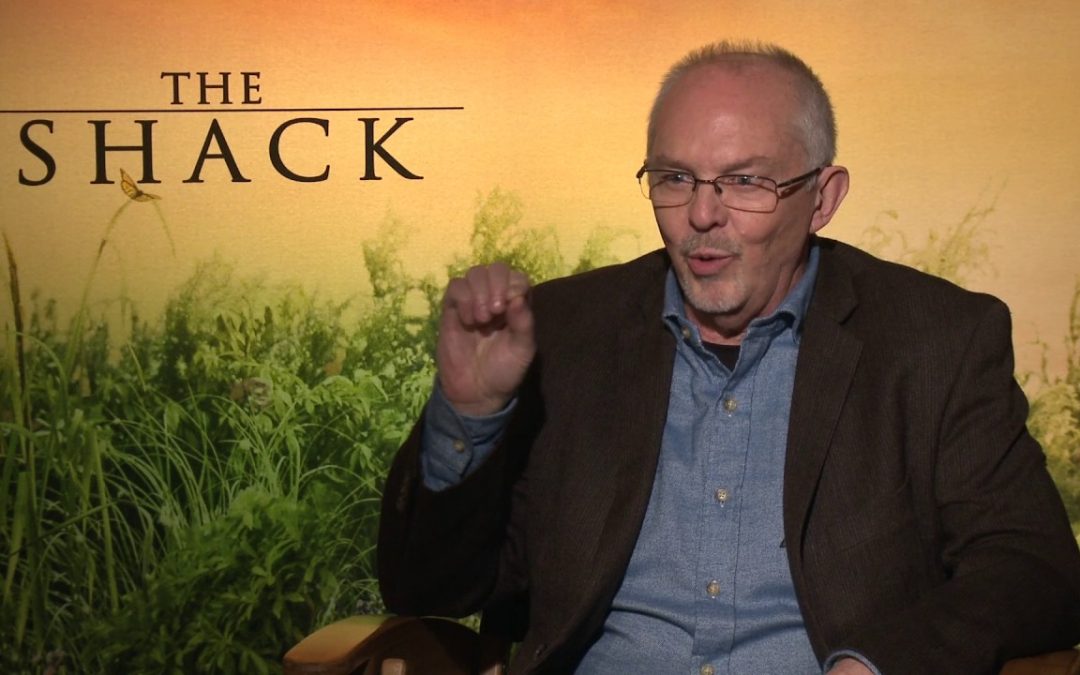 “So my encouragement is, as best as you know, learn to stay inside the grace of just one day. Everything else is an imagination.” —Wm Paul Young

If I had to pick my favorite interview I’ve conducted the past several years, I would say that without a doubt it was my interview with mega-bestselling author Wm. Paul Young, who penned the classic book The Shack, which has to date sold over 20 million copies and became a major motion picture last year.

I remember in the early fall of 2012 assembling a list of twelve great reads for 2012 and pulling the book off my shelf. After I selected it, I had a strange prompting to look up the author to take a complete longshot to see if I might be able to get a phone interview. As I practice and teach ALL my clients, “You never know until you ask!”

Well, watch what you wish for. I was floored the day before Thanksgiving when I received a long-lost email response from several weeks earlier directly from Paul that read:

Thanks so much for the interview request, something that I am very open to doing with you. Fun! Please note the better email . . . yours almost got lost in the 3,500 I am behind. 🙂

Based on Paul’s email, I’d wager to say that securing an interview was nothing short of a miracle based on how many messages and interview requests he receives on a daily basis from around the globe. I had read the book The Shack a few years ago when my then minister suggested we read it during the holidays. I was amazed by the book’s emotion and storyline, but more importantly its powerful message. When you read this book, you’ll most likely end up looking at the world and spiritual matters in a more positive and very different way.

The three main things I enjoyed the most about Wm. and our interview include:

1. Paul shared a few amazing stories from readers and how the book helped them put their life in a positive direction. I call them miracles, but you can be the judge of that if you listen in to our interview.

2. He shared about the struggles he and his family went through before and during the writing of the book. He didn’t let the setbacks of life stop him from living and, thankfully, from writing this book, which has had huge global reach and impact.

3. Paul displayed an incredible sense of humility and humor. He was not only down to earth, but he seemed just as shocked as many others in the publishing industry that the book took off like it did. He is a kind soul that deeply cares.

Two Notable Quotes from Wm. During Our Interview:

“Forgiveness is really a fundamental letting go of control. Unforgiveness is primarily a prison that we find ourselves locked in, that other people may have helped us build, but then we find our sense of identity and worth or our sense of purpose and meaning inside that prison, and to let it down, you know, is a very hard thing for us and yet, it’s so fundamental.”

“So my encouragement is, as best as you know how, learn to stay inside the grace of just one day. Everything else is an imagination. I don’t even know if I’ll be here tomorrow. I could be driving over to, you know, the grocery store and some truck could take me out, you know.”

William P. Young was born a Canadian and raised among a stone-age tribe by his missionary parents in the highlands of what was New Guinea. He suffered great loss as a child and young adult, and now enjoys the ‘wastefulness of grace’ with his family in the Pacific Northwest.

Young had written primarily as a way to create unique gifts for his friends, until his wife repeatedly urged him to write something for their six children in order to put down in one place his perspectives on God and on the inner healing Young had experienced as an adult. The resulting manuscript, that later became The Shack, was intended only for his six kids and for a handful of close friends.

Young initially printed just 15 copies of his book. Two of his close friends encouraged him to have it published and assisted with some editing and rewriting in order to prepare the manuscript for publication. Rejected by 26 publishers, Young and his friends published the book under the name of their newly created publishing company, Windblown Media in 2007. It was picked up by a major publishing house and gone on to sell over 20 million copies. It was also released as a major motion picture film in March 2017.